Feel empowered to confidently record high-quality meditations for your audience, clients or following. Simply read the script, record your voice and share incredible value online or in-person, so you can stand out amongst your competition and make an impact on more lives. 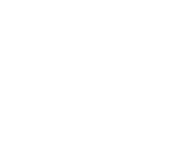 PLEASE NOTE: These free scripts are 100% royalty free, and designed especially for individuals looking to make an impact in other people’s lives through the power of meditation. If you don’t believe in the healing power of meditation and are not interested in adding immense value into the world through this content, this may not be for you.

Uncover the Easiest Way to Produce and Share Impactful, High-Quality Meditations With Your Audience

It takes just minutes to confidently record peaceful, powerful meditations to share with your audience, or to use in your own practice. With this all-inclusive resource, you’ll discover not only what to say, but how to say it. Plus, enjoy peace of mind knowing your recordings are safe for commercial use, and protected from copyright infringements online.

Receive Everything You Need to Get Started Today Including…

Guided Anxiety Meditation to condition the mind and release stress

Help people find pause in the busyness of life, let go of anxiety and experience peace that transforms their day.

Guide your listeners to focus on their hopes and dreams, and create new possibilities. Support them as they manifest more love, prosperity, joy, and success into their lives.

Help your audience combat poor sleep and multiple night-wakes by guiding them through a restful, daily meditation to be used before bedtime.

These scripts are created by one of the talented, highly-regarded script writers behind Jason Stephen’s YouTube Channels with over 3.8M subscribers combined. Easy to follow and natural to deliver, no matter how much experience you have with guided meditations.

We’ll show you exactly when to pause and utilise silence throughout your recording to help listeners receive greater insights and relaxation from your meditations.

Find the perfect style to capture your personality and brand, and create the ideal ambiance for your recording. Discover how easy it is to access royalty free music that enables you to post, sell and distribute your recordings online without copyright worries.

Start incorporating high-quality, impactful meditations into your business, brand or personal practice today, so you can help reduce anxiety and create more calm in the world.

These Scripts are Intentionally Designed and Perfect if You Are a…

helping your clients overcome issues with sleep and anxiety, and manifest their dream life. 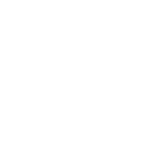 looking to boost the value of your offerings with a guided meditation bonus.

who wants to share valuable meditations for free to grow your subscribers or followers.

Or you’re simply looking to create powerful meditations to benefit your audience, or to help you find peace and rest in your own practice.

Jason’s life passion for his 50+ years on this beautiful globe has been one of music creation (singing), production, and direction in the creative arts. Having grown up with both of his parents working as professional musicians, Jason’s life was surrounded by music and constant ‘jam sessions’ happening in his house and garage on the South Coast of NSW, Australia. It was little wonder that Jason would end up working within the music industry.

In his early 20’s, Jason discovered the opportunity to learn meditation and dive deeper into spirituality. “This was a time in my life when I recognised there was something so much more than the surface stuff, and greater than just me,” Jason said. After attending a 10-day monastic retreat at the newly opened Nan Tien Temple (the largest Buddhist temple in the Southern Hemisphere), Jason’s life took a turn for the better.

“I experienced the power of mindfulness meditation, and I’ve never looked back.”

In 2013, Jason started a meditation YouTube channel which now has over 900 million views with a subscriber base of over 3.8 million followers. He formed a company, and made a call out to gather the world’s best ambient musicians to help him create beautiful meditation, relaxation and frequency music, to help millions across the world with their meditation and stress reduction practises.

Jason’s meditations are now utilized in prisons in Australia, UK and the USA to help prisoners to relax and sleep with ease.

Hear From Life Coaches, Therapists and Aspiring Meditation Creators Who Are Confidently Producing Their Own Meditations…

"“Try some of Jason's amazing meditation techniques. Allow this gentle Australian brain alchemist to dabble in your semi-conscious brain.”

"If I could give him 80 billion stars, I would. I recommend these meditations to my patients every day. Very calming, relaxing - a bit of peace among the chaos."

Simply record, add music, and start sharing your powerful recordings online in just a few hours. Download your scripts today, and start transforming lives through your high-value meditations for your clients, audience, or for your own practice.

Enter your email below and we will send your scripts directly to your inbox!